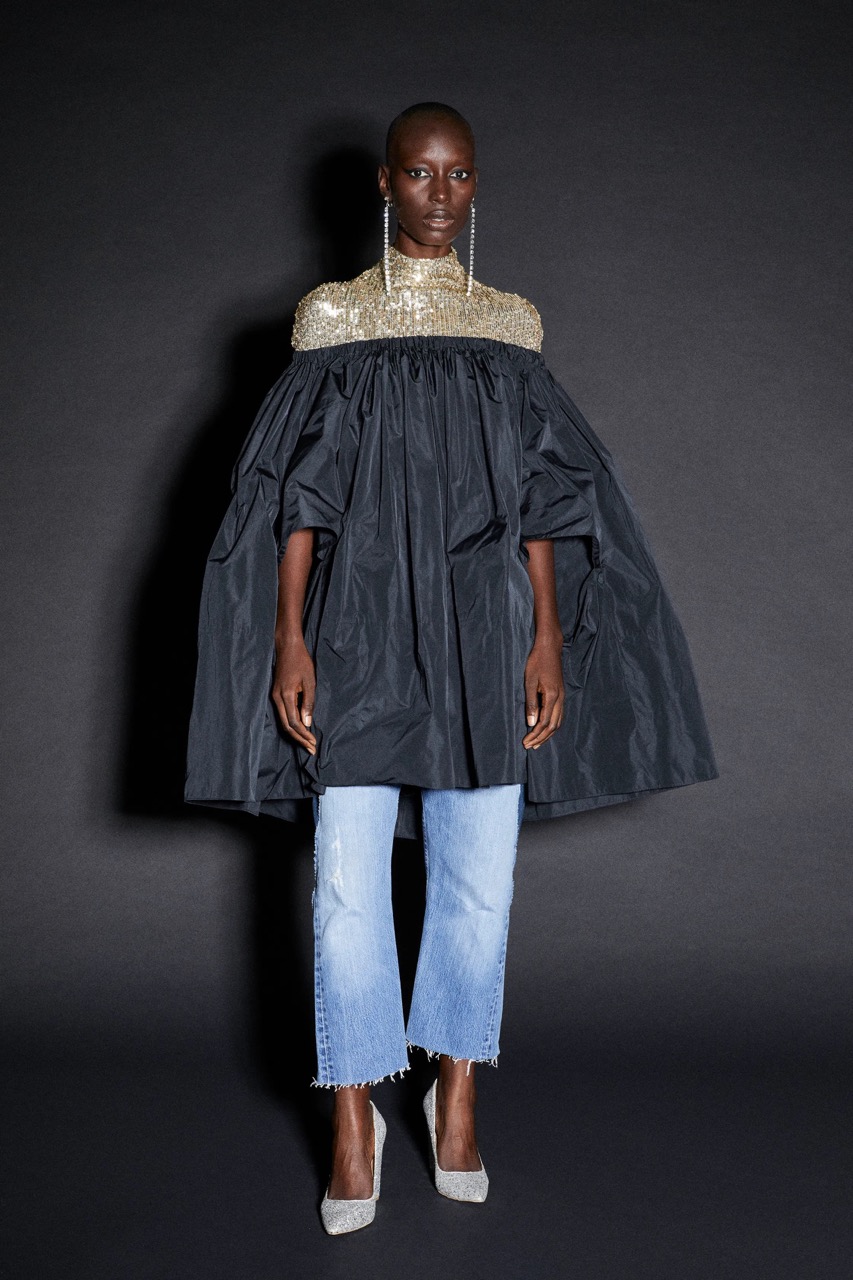 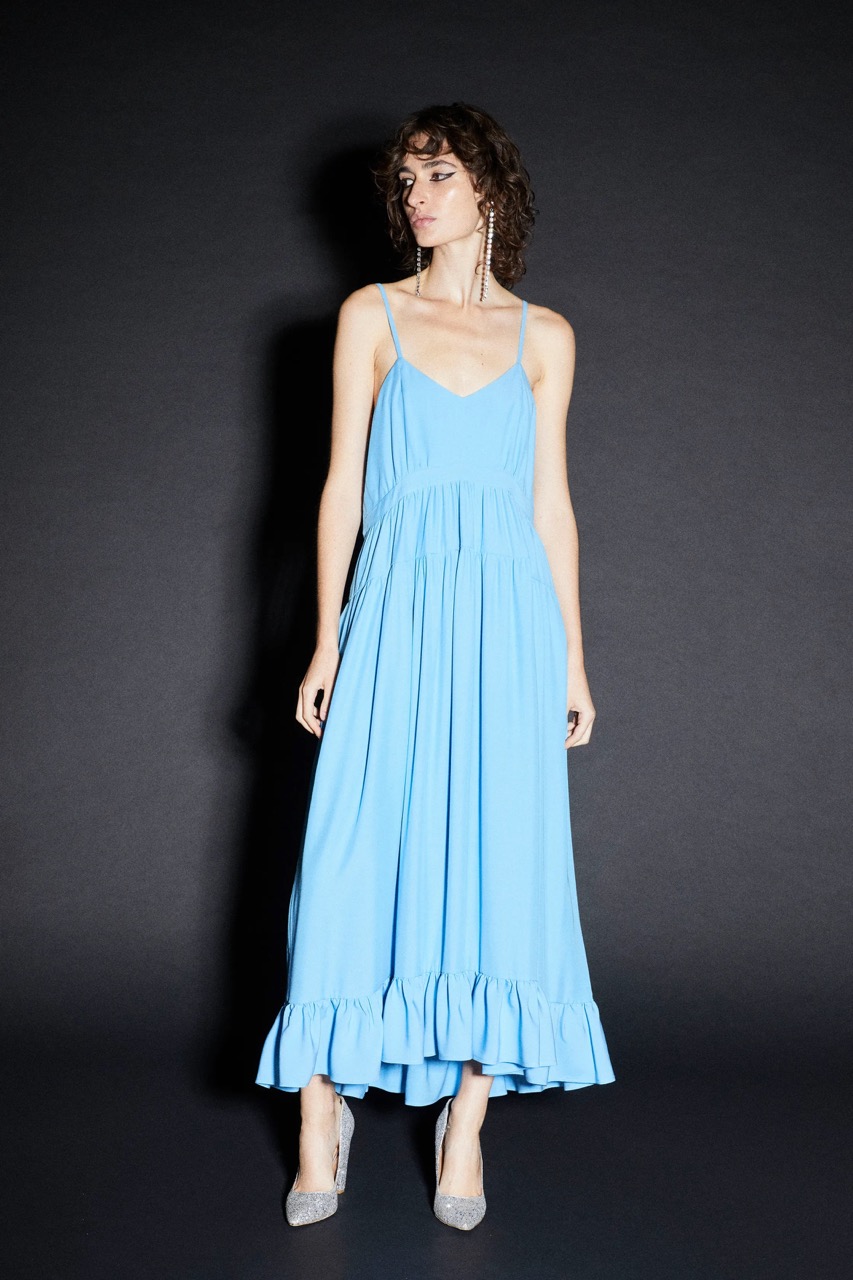 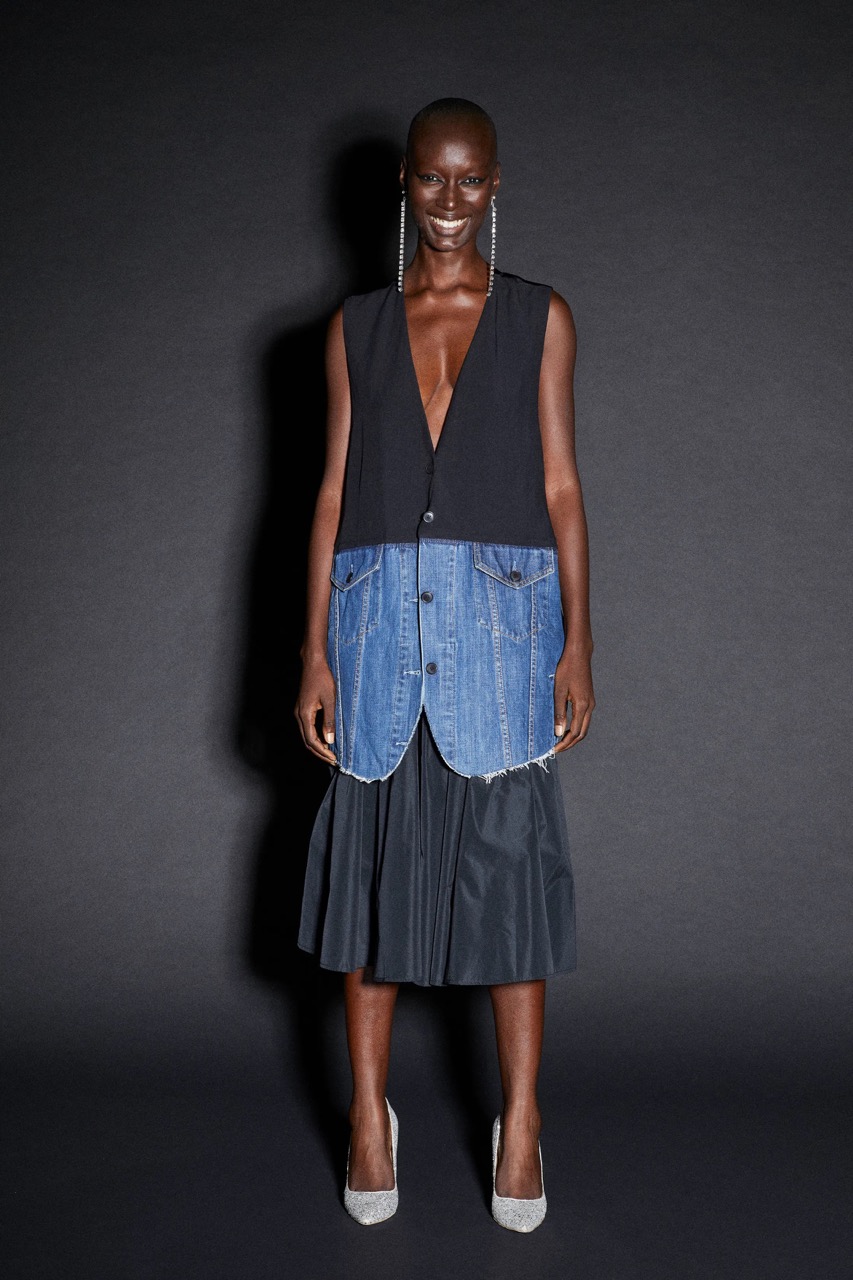 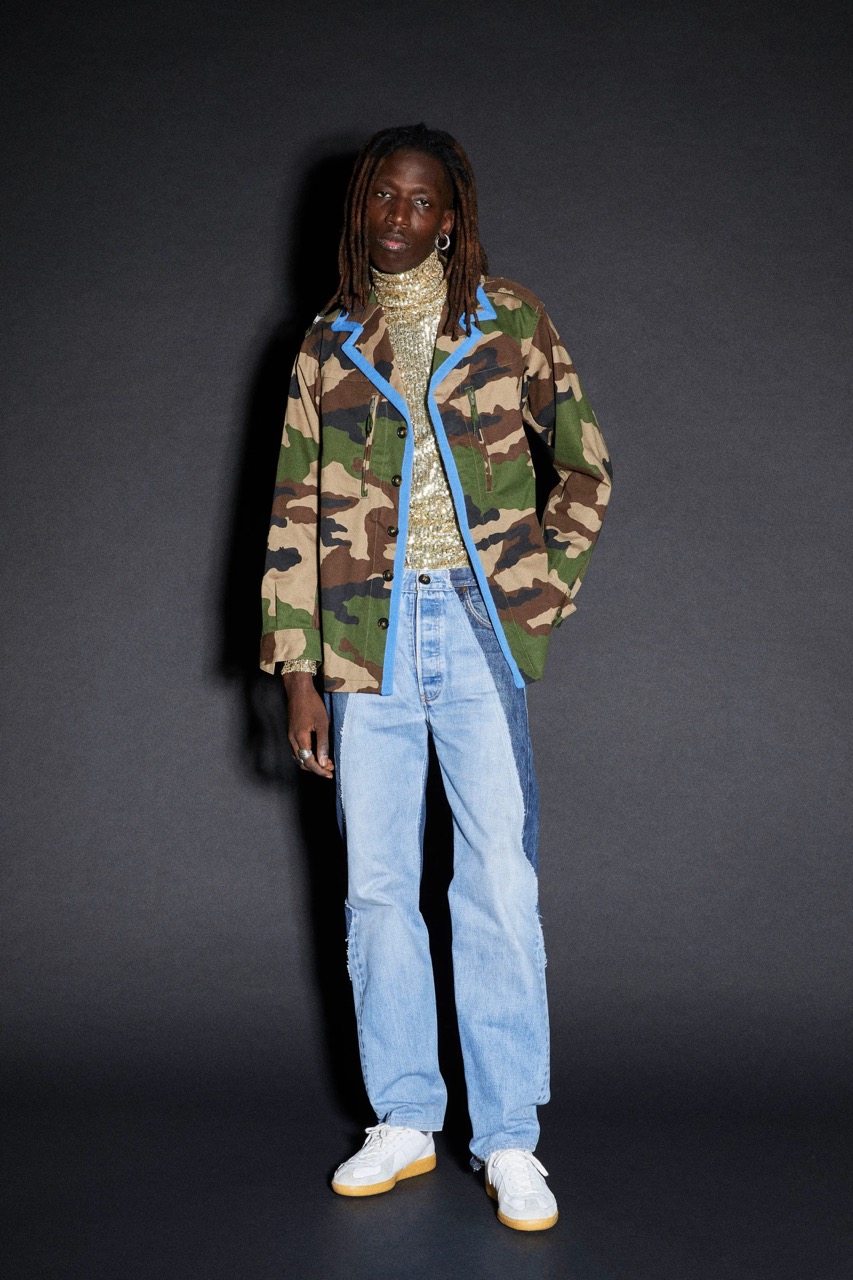 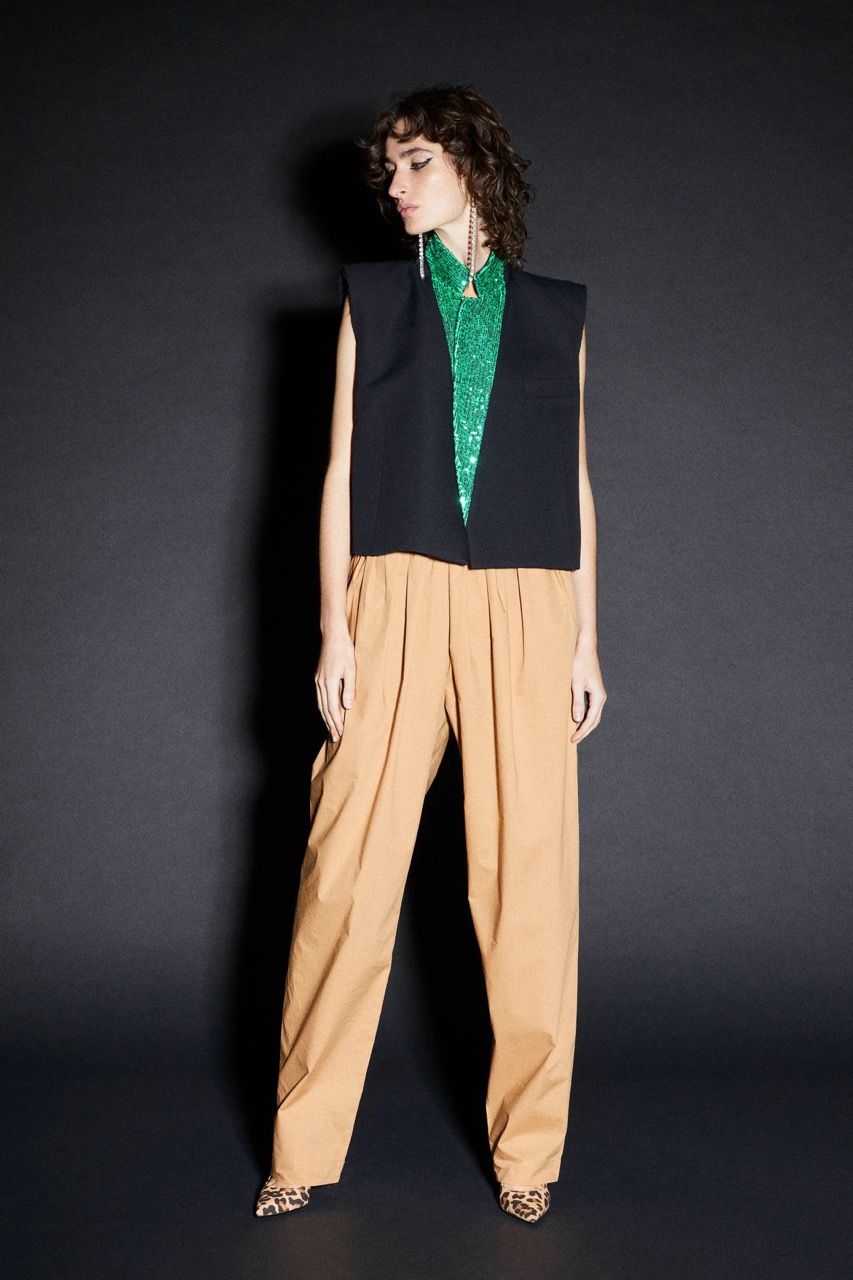 Why do some things stay in fashion and others don’t? What’s the It factor that makes you want to wear a top, a dress, a jacket over and over? Lutz Huelle has been thinking on those subjects. He is what you might call a small-batch designer, iterating on his silhouettes and selling them mostly DTC through his website, where the instant feedback helps inform what he does next.

When he’s got a hit, he knows it, because determined shoppers will email or DM for more. And vice versa—he also sees pieces go ignored. For spring he decided he’d try digging into the vice versa situation. “There are things that I like, but that I could’ve done better or didn’t sell that well,” he explained.

An off-the-shoulder, pouf-sleeve taffeta top was one of those things. The original, he felt, didn’t have enough pouf, so he added more volume at the top of the sleeves and also cut it as a coat and a cropped jacket. Poufs reappear throughout the collection, including on the sleeves of a black jersey crop top, a piece he once might have sworn off but for the above-mentioned attention he’s been paying to what people seem to be wearing over and over. Huelle, to be clear, is no trend-oriented designer. His aesthetic is too well honed for that.

Watching Huelle work his way down the rack, learning how one piece begets another, is a lesson in how to put simple pieces together to make a look that feels new. If he were to put videos of that process on his DTC website and Instagram, he’s bound to sell even more.

There were also new versions of big sellers. A sleeveless jacket with gold sequined lapels sold out last season, so he remade it with black sequins for a subtler look. That, in turn, inspired a waistcoat in men’s suiting fabric, which he spliced at the midriff with a used denim jacket, as well as a longer version that can double as a minidress with sequined biker shorts underneath. Sequins were another through line in the collection, also turning up as a horizontal stripe across his upcycled denim jackets and as tuxedo stripes down the outside of his jeans, which he spliced together from two used pairs. “The stripes curve around at the hips, which give you a really nice shape,” he said

After completing his Fashion Degree at London’s Central St Martin’s and a three-year stint as Designer working with Martin Margiela on his Artisanal and Knitwear Collections, Lutz launched his eponymous Label in Paris with partner David Ballu. Lutz’ approach has been described as “Decontextualisation”: taking things out of context, reinventing ways to wear aclassic wardrobe, working on structure, volume and identity. His way of mixing and matching different genres and types of garments – Sportswear and Evening, Casual and Formal, Feminine and Masculine turned out to be prophetic – it has since become an integral part of the fashion landscape.